Nice detailing on The #Joker #Bearbrick from Seties 32 based on his look/design in the upcoming live action #SuicideSquad film! #toylife

THE JOKER is the "Villain" BB in the 32nd series of BE@RBRICKS released by Medicom Toys just before the weekend, in tandem with their 20th anniversary celebrations. Based on his character design in the upcoming live-action SUICIDE SQUAD featured film, the Assortment Ratio is at 8.33%, so could be considered one of the "regular" 100%-sized BBs in this series … What is NOT "regular", is the HARLEY QUINN BB "chase" that pairs with The Joker! Just like the 400%-sized BBs.

And while I did not take a snap of the BB when I scored mine from Ozzo Collection at China Square Central (I was too preoccupied and excited with the One-Punch Man x Genos pair instead LOL), featured below is a glance of Harley in the line-up of COMPLETE Series 32 BBs!

#SuicideSquad #theJoker from #Bearbrick Series 32! Just could not take my mind off the #HarleyQuinn chase BB paired with the clown prince of crime! And I was an idiot to not take a picture of her too! Go score yours at #OzzoCollection at China Square Central before I do next week! LOL #toylife 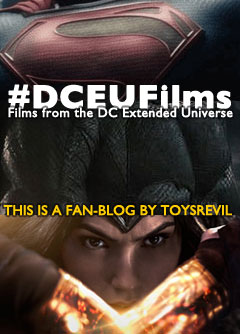